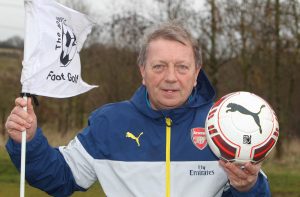 Footgolf Frenzy are proud to welcome Vic Akers, OBE as our brand ambassador.

Vic is a recognisable face from the Arsenal Management team as he has worked at the club since 1985. He is the most successful English football manager winning 10 doubles and a European trophy with Arsenal Ladies. Vic is attributed with developing ladies football as it is today in the UK.

Vic is hugely respected figure in the footballing world and received an OBE for his services to football in 2010.

Vic is a keen Footgolfer and golfer. He is passionate to involve everyone in playing sport for health and well-being.

Of his role at Footgolf Frenzy, Vic said “I’m delighted to have a role with Footgolf Frenzy. Footgolf is a new and emerging sport which the whole family can play. Footgolf Frenzy have an influential role to play in attracting people to the sport for enjoyment, competition and for fitness. Footgolf Frenzy believe that Footgolf should be a sport for all to enjoy regardless of demographic or ability. They are also keen to promote the sport to young people as well as encourage the younger generation to play golf as well. This can only be good for the long-term future of both sports.”

Sarah Griffiths, founder of Footgolf Frenzy said, “It is a great honour for us to have such as influential figure working with us on our underlying values of growing Footgolf participation and promoting the benefits of Footgolf to all.” 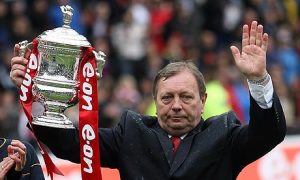 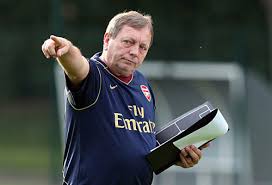