Why Footgolf is a Family Sport 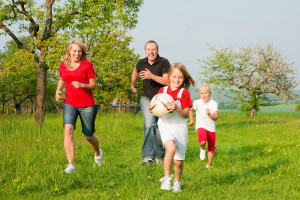 Footgolf has become a big craze in the UK. Many people have claimed that Footgolf is a family sport and here are the reasons why…

Footgolf doesn’t take as much time as the traditional golf game. The time taken is about two hours (for 18 holes), whereas a conventional game of golf can take over four hours to complete. For those who don’t have the time or inclination to play for such a long duration, Footgolf is a better alternative to golf.

Footgolf with its combination of football and golf manoeuvres makes it an interesting game for all. Since the entire Footgolf game is casual and fun to play, its ideal for families.

A family sport for all

Often in football or golf your friends, partner or family get to watch your play only, but Footgolf with its fewer restrictions and easy game rules makes it possible for everyone to join in.

Since there is no limit placed on the maximum number of players, Footgolf gives a great opportunity for all family members to play. Since it is a fairly new activity, the curiosity it arouses in people also tips the scales in its favour.

While golf waned in popularity in the wake of global financial slowdown, Footgolf saw an increase in its supporters. Many younger players did not favour the inaccessibility and the expense involved in playing golf.  However, golf courses have picked up on the emergence of Footgolf as a viable alternative to keep their clubs in the reckoning.

The simple game, which uses a football, and players’ feet, instead of golf ball and club has become a much-favoured sport among people of all age groups. The reduced playtime, lowered equipment cost and time are key reasons to have made the game a hot favourite of families.