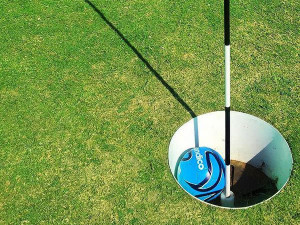 Just a few years ago, uttering the term ‘Footgolf’ would have resulted in a few raised eyebrows wondering what the sport was. But today, Footgolf is considered the growing sport trend of 2016.

Golf sometimes doesn’t fit with people’s contemporary lifestyle that is lived in bitesize chunks and not steeped in formality. Glorious golf courses the world over are sadly losing members due to a global economic recession and their associated high membership fees. People now want a fun and affordable way to exercise and be entertained, in a way that fits in with their schedule, whatever that schedule looks like.

So, along came Footgolf. It’s a hybrid sport blending the settings and competitive yet flowing rules of golf with the faster, friendlier, easier skills of football. Growing as a quiet revolution of argyle sock-clad twenty-somethings, it’s gained significant ground world over and particularly in the UK. It only takes a quick browse using Footgolf Frenzy’s Search Function to discover that – quietly – this sport is taking over the nation.

2016 looks set to take Footgolf to greater popularity still. Riding on the back of the second Footgolf World Cup (yes, really) that was recently held in Buenos Aires, Footgolf is gaining momentum and doesn’t look set to stop.

The reason for its popularity is simple. Once you’ve tried it you tend to be hooked. It’s a “pick-up put-down” sport that allows you to participate as much or as little as you like. It’s accessible with no complicated (and expensive) memberships and rules. You need only have a pair of trainers, a few quid in your back pocket and a willingness to kick the ball. If you’re with a bunch of mates, Footgolf suits; if you’re a family with young children, Footgolf works; if you’re a corporate group looking for team building, Footgolf is up there; and if you want to get serious, that’s possible too.

Experience and limited practice don’t prevent anyone from accessing the game, but there’s always room to improve your skill and enjoy a competitive element. Unlike dull football pitches which can leave you feeling rather bleak, Footgolf will take you to some incredible locations, with mountain and seaview backdrops, or beautiful old parkland golf courses.

So when you’re getting the confused looks that say “Football? Golf? Footgolf? Huh?” don’t respond with similar identity confusion. Ride the Footgolf trend, know you were there first, and rock those Argyle socks well in to 2016 and beyond.